Every year we have heard and saw so many cases of depression. Many peoples are attempting suicide who are suffering from  depression. Being depressed not a new thing and not so big thing in our life, but today people are so engaged in their work they worked so hard to get success but when they did not acheive  it they get depressed .
Here, we can  not say that only work pressure is responsible for depression anyone can get depressed by his family, friends ,work profession. Depression is a common mental illness, In one survey which was conducted last year which results that depression is the most common mental illness in India and having proper knowledge about depression is very necessary because we can easily get to know if anyone in our family, friends is suffering from it  then we can help them. 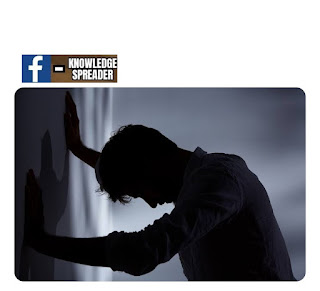 Depression is a state or a situation in which a person get depressed about anything in which  he doesn't talk to anyone, he may  locked himself in a room, he can hurt itself also. In this situation person feels so lonely he always thinks about bad circumstanc sees which he was facing or which he has faced in his past. Today we are in a very busy age where everyone is busy in their own world. They didn't think about their mental health. We can't say that depression is only in youngsters and old people. Today depression is also  very common in children who are 7 to 12 years old. Depression is a mental illness .But in our society depression is treated as insanity, which is very wrong.


Depression is a common mental illness but in our country if someone is suffering from it then  he may called  insane because people think if somebody has a any mental issue then they are insane. If someone goes for checkup to psychiatrist then people start judging that they are out off their mind or they are insane .

In our country we did not give importance to mental health because of following reasons:-

We think that talking about mental health is not okay in the society . We think if we talk about our mental health with everyone then what other people will think ,they will judge us ,they may call mad and blah blah. Due to judgement and fears we did not share anything . Because of this, we get more depressed.

Most of the people do not take depression seriously if someone is suffering from it they make fun, start taunting that person, which creates a negative atmosphere for depressed people. Due to lack of empathy, they get more depressed.

Sadness : - Sadness is the most common symptoms of depression. In this, a person always feels sad and is ignored by everyone. He thinks that no one is giving importance to him. He may start hitting himself for anything. Many times in our life we faces many ups and downs but some peoples can't get over of it and they start blaming their self for that particular  situation so whenever you feel sad share it with your friends and family to get over of it .

Fear from socialization: -
The fear from socialization is also a common symptom of depression. In this a person always try to stay home or he locked his self in one room they don't want to meet anyone or talk to anyone ,they did not feel good in being socialized with society they thinks that no one will understand him .

Laziness: - If sometimes you feel lazy in  doing work, that is okay. But when you start always feeling lazy in doing your daily work, even in waking up in the morning, then this is also a sign of depression. in depression laziness  is more , in this the person does not want to do anything ,he lost his interest in doing his work .they just want to lay down on the bed and only think a lot about many thing

Lack of concentration:- When a person starts losing his concentration in his daily routine work and their official work or in every thing then it is also a sign of depression. In depression a person cannot concentrate in anything he always things different and did different.

Anxiety and mood off:- It is also a most common symptoms of depression it is the main cause of depression. If a person always feels nervous without any reason ,his mood is off every time , he may start arguing with anyone without any proper reason then this also have  a sign of depression.
So, these are some common symptoms of depression if you see it in your close ones like friends, relatives or your family then help them to get over it.t. Because today depression is becoming one of the the biggest problem in our country mostly in youngsters. We need to help the person who are suffering from it .our good and positive behaviour may bring a little change in their life.

How to help the depressed person

Popular posts from this blog

China had taken many serious steps to fight with this Covid-19 virus such as- Lockdown the affected city1000 bed hospital made  just in 6 daysSanitize virus affected areaStop transport in affected area Due to the public transmission this virus made a chain where different people travel one country to other and now the situation is,all country get affected . When china is getting controlled on this Covid 19 virus then all other countries are affected with this virus. This virus is living in droplet having a life of 12 hour in surrounding and if it transmit in any person body it will show the symptom of fever and breathing problem and may be dry coughing. It has been observed that the symptom shown in 7 to 14 days and mainly it is danger to old age person …
7 comments
Read more

Philips Trimmer | How to Use Electronic Trimmers by Knowledge Spreader

It is advanced trimmer because it is very smooth and adjustable. Why you should buy this Philips trimmer?  Philips provide 2 year warranty + 1 year additional warranty in all there trimmer It is very trusted and old brand. Features of Philips one blade trimmer Its dual protection system has a protective plate on top of the cutter, preventing the blade from touching skin.At …
Post a comment
Read more

Hello friends welcome you on my page today I am going to tell you
What is Social Media, Importance of Social Media. If you want to know about social media then you are at right place

If we talk about the uses of social media ,for an individuals it is used to keep in touch with family and friends who are far away from them , with whom he can't met daily. Through social media they can share their feelings and emotions with each other via chats and Status Many people also uses various applications of social media  for network career opportunities or to contribute in society.

Knowledge Spreader | Get Updated Details of News and Technology

Knowledge Spreader is Based on the Current Technology, Latest News, Real Time Social Activities. Our Main Aim is to Aware the Public with Latest Technology, News and Current Affairs.